Senior IPS Officer Balaji Srivastava will take over as Acting Police Commissioner of Delhi and succeed present police chief S N Srivastava who is set to retire today. The order has been issued with the approval of Delhi Lieutenant-Governor (L-G) Anil Baijal.
Balaji Srivastava is currently posted as Special Commissioner of Police, Vigilance in the Delhi Police. He is an officer with credible record. The order to appoint an acting Police Commissioner has made it clear that the Home Ministry has decided against giving an extension to present police chief S N Srivastava. The ministry will need some more time to decide who will be the next Police Commissioner. According to available information, few names appear to have been shortlisted but no final decision has been taken so far

The order signed by Deputy Secretary (Home) Pawan Kumar on June 29, stated that consequent upon attaining the age of superannuation, SN Shrivastava, IPS (AGMUT; 1985) posted as the Commissioner of Police, Delhi shall stand retired from Government service with effect from June 30. It further stated that Balaji Srivastava, IPS 1988 batch will be holding the additional charge as Commissioner of Police, Delhi in addition to his regular charge until the appointment of regular incumbent or until further orders, whichever is earlier.

Interestingly, SN Shrivastava was appointed as full fledged Commissioner of Delhi Police last month . However, it was being expected that he would get an extension for some more time. The latest order has scuttled his chance of continuiung as Commissioner for more time. The order has also made it amply clear that the top officers in the Home Ministry were none too satisfied with the performance of present police chief , although he worked as full fledged Police Commissioner for one month only. He was holding the post of Delhi Police Commissioner as an additional charge since February 2020. A 1985-batch AGMUT cadre officer Shrivastava succeeded outgoing commissioner Amulya Patnaik when there was violent situation in northeast Delhi. Prior to this, Shrivastava was serving as Special DG (training), Central Reserve Police Force (CRPF). Shrivastava had a long association with the Delhi Police. He was the Delhi Police’s elite anti-terror unit chief till 2015 and later transferred to the Recruitment Cell and Delhi Armed Police 3rd Battalion. In a way he was repatriated to the Delhi Police in February 2020 from the Central Reserve Police Force (CRPF).

Interestingly, one finds a similarity in the manner of appointment of S N Srivastava and Balaji Srivastava for the top job.

Balaji’s background
He has a long experience of serving in different police departments all over the country. He has worked as Director General of Police (DGP), Puducherry, DGP, Mizoram, Special CP, Intelligence, Economic Offence Wing and Special Cell in Delhi Police. He also worked as Additional DG, Andaman and Nicobar Islands. He had also served in the Cabinet Secretariat for nine years and handled sensitive assignments. 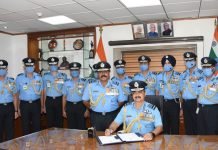 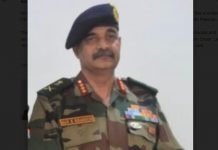 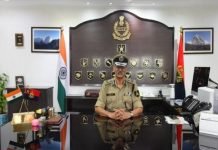