On the first day of the 21 Day Lock-down period, Army facility in Jodhpur received 277 evacuees from Iran that included 273 pilgrims. among that were 149 women and six children. The evacuees, who were transferred on IA Flights from Delhi to Jodhpur were screened on arrival at Jodhpur airport and then taken to the medical facility which has been designed not fair for isolation but also mental & physical wellness which includes various activities including sports.

At the HQ level, Army called off the day for office goers in HQ. The global lock-down has affected and significantly reduced the office work be it international cooperation, training events, postings, courses, duty mores etc. The critical appointments and which includes almost 40 PC of the office goers continued to work from home. Emergency staff including, duty official, medical fraternity, drivers, cooks and other support staff continued to work litter to for.

Army at present is furcating medical facilities for evacuees at Manesar, Jaisalmer and Jodhpur with evacuees from Iran, Italy and Malaysia occupying there. Evacuees from Wuhan & Japas have already been discharged after full protocol was observed. Of the over 1200 evacuees, medical staff and Air crew kept in these facilities till now, only one case of +ve COVID-19 has been reported so for. This does not include another case reported from on IAF Facility in Hindon.

In addition to the above, more Army medical facilities at Jhansi, Binnaguri and Gaya are kept at standby with a additional collective capacity of 1600 in addition & those activated already. This does not include the additional capacity created and kept ready. 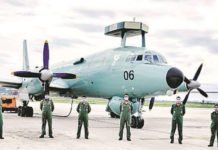 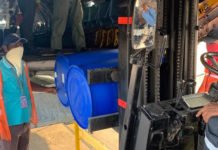