Home Police An experience of dealing with a volatile situation created by incarcerated Taiwanese...

MV Yungwu, a Taiwanese fishing trawler on routine fishing expedition, under command of Shao Min Chi Rang, engaged in high seas fishing in the strategic, sprawling Bay of Bengal. It had a young dedicated crew of 25 steadfast sailors working for a rewarding venture.

They were lucratively paid for this discomfortable job, which they all willingly performed. Owners of such trawling companies made millions of bucks in such ‘fishy’ trade. However, luck ran out for this immaculate vessel, while harvesting a prized catch of ‘tuna’ off north Andaman Islands, Bay of Bengal.MV Yungwu came under the scanner of Indian naval patrol, after a outstretched chase in the area of North Andaman sea, finally they were constrained into submission.

Now began its prolonged struggle for its legal indictment, after the Indian Navy formally handed over the case to Andaman police for taking it forward to its logical conclusion. After completion of prolonged bail formalities, these strapping young mariners were lodged at Dhanikhari foreigner’s camp.A small gravity reservoir built amidst picturesque landscape by army sappers, catered to various basic aquatic needs of 40 thousand Port Blairians.

This detention centre situated amidst picturesque settings being well guarded by Andaman Police, it consisted of barracks, restrooms, kitchen, recreational area, besides providing a separate accommodation for policemen.Its entry and exit were secured properly by armed sentries posted round the clock with automatic weapons.There were a few watch towers conveniently situated for having a bird’s eye view of movements taking place inside this well guarded complex.

Normally these inhabitants were prohibited to step outside perimeter of these high security premises.But on maintaining a good rapport with the security guards, they managed to sneak out to a nearby creek for hunting fish, crabs, lobsters, turtles, iguanas or even snakes of various varieties.Some daring ones were reported to loiter around in the nearby villages.It was quite tough for these once free seamen to spend long daytime encircled within a confined space of few acres of this secure detention complex.They had access to outdoor games like volleyball, football, badminton etc.

Religiously they engaged in a regular practice of martial arts in the pollution free open air environment, this being secret of their superb physique.Having no access to telephonic connectivity, radio, TV, newspapers or any other entertainment, made their life quite dull and boring.

On a bright morning at about 0700 hrs., a message arrived from Police Chief for contacting him.His quavering voice on telephone appeared quite worried, he grimly narrated that the Taiwanese nationals had assaulted police guards at foreigner’s camp.He asked me to rush immediately to the spot and ascertain about the exact unseemly situation.Since now the cat was out of the bag, everyone would be questioning him about this incident and he would have to answer to lot of queries coming from various quarters.

Instead of rushing to the spot, I summoned their Captain for ascertaining the factual ground reality.This was for accessing the prevailing situation and planning of suitable strategy for preventing any further escalation.

Trawler’s skipper arrived post haste, I had great respect for this gentleman since he remained thoroughly honest with me.

He was always frank enough to admit the follies and foibles of his crew members, whenever they indulged in commission of any howler. In this particular instance a couple of his burly sailors after misbehaving with a guard had attempted to assault and snatch his service rifle.This altercation ensued after our policeman had insulted a Taiwanese by calling him a, ‘cheap Chinese dog’.Seeking his active support for finding an amicable solution to this problem we proceeded to the foreigner’s camp in separate vehicles maintaining a gap of half an hour.

Upon reaching the site, the guard commander summoned the captain. Using quite harsh abusive language for the captain, for showing my displeasing demeanor to his crew members.In presence of their shipmaster called the police personnel to hear their version of the incident which triggered this unpleasant bedlam.

As expected all of them by and large, towing the same line of making persistent allegations against their quarry.

Taiwanese Captain made an excellent use of his eloquent oratorical skills to convince them about grave consequences of their rebellious act. This probably eclipsed Mark Antony’s famous address to the fellow Roman countrymen delivered after the death of Emperor Julius Caesar.

In final dispatch of his sermon, in a emotionally charged choking voice he said.”Had it not been for existence of my deep friendship with this considerate officer,today two of you would have lost your lives, shot dead in an ‘encounter’ in a bid of assaulting armed guard while trying to escape from this high security detention camp”.

His histrionics proved successful in convincing them that next time if such an event was repeated he would be totally helpless in averting transpiring of a resultantly dreadful situation.This melodrama carried out with a serious presentation had its desired dreadful effect. Peace reigned thereafter in the foreigners camp. Present guards were replaced by a fresh contingent of policemen only after appropriate briefing sessions, listing observance of strict “do’s and don’ts”.

Since these brawny Taiwanese were physically much more superior in strength than the police sentinels.They needed to be outfoxed with superior intelligence of our brains.Our sensational dramatic enactment with confidential connivance of their Captain paid rich dividends, in restoration of much needed tranquility, peace and discipline.

MV Yungwu case finally got settled in Supreme Court of India.As a consequence of this case, Exclusive Economic Zone was brought under jurisdiction of local police of the Union of India, other than Indian Navy and Coast Guard, this being a really great accomplishment. This became possible due to superb efforts of Andaman and Nicobar Police adding another feather in the cap of the entire hardy police force of this strategic archipelago.

( NOTE: Author is a former Deputy Commissioner of Delhi Police. The story is based on his personal experience of dealing with a volatile situation created by incarcerated Taiwanese sailors awaiting final court orders. Author was posted at Andaman Nicobar .) 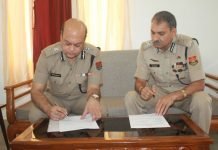 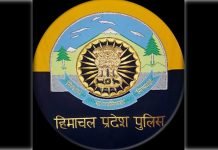 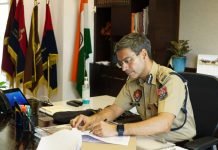