India’s Chief of the Army Staff, General Manoj Pandey is presently on a three -day visit to the forward areas along the Line of Actual Control -LAC in the states of Himachal Pradesh and Uttarakhand . This is the first visit of General Pandey to the sector after taking over as the Indian Army Chief . Army Commander of Central Command and The General Officer Commanding (GOC) of the North India region is also on the tour along with the Army Chief.

During his visit to forward posts , General Manoj Pandey is being briefed by local commanders about the prevailing situation along the borders . Assessment of deployed formations including mountaineering prowess and long range patrol of the Army Chief, giving a direct assessment of operational preparedness in forward areas. Planned to see a demonstration of high altitude operational capabilities.

According to a press release during this visit , the Army Chief is also reviewing the ongoing infrastructure and development works in the region and Army-civilian interaction in forward areas .

Interacting with the commanders during his visit , Gen. Pandey stressed the need for vigilance and vigil at the borders . He expressed satisfaction over the rapid improvement in defensive posture and operational readiness of the formations . The army chief appreciated the use of modern technology in continuous monitoring .

The Army Chief , during his interaction with the forward posts , lauded their high morale and called upon them to maintain high standards of professional excellence . He reviewed the operational effectiveness and sustainable development in the border areas by the Army, CAPFs , Civil Administration and appreciated the excellent coordination of the police. 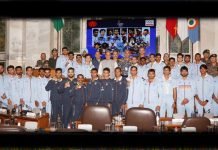 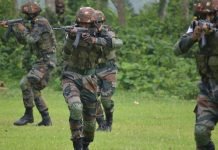 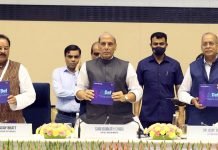