Abundantly green Car Nicobar embedded amidst deep blue Andaman Sea is a 126 sq. km., the northernmost island and HQ. of the Nicobar group of Islands situated in the tempestuous Bay of Bengal. A asphalt weatherproof Ring road encompasses this island, initially built by the Japanese occupation forces, for ensuring an effective mobility and connecting fifteen odd tribal hamlets. (WW II, 1942-45).

They based a strong chain of coastal defenses for repulsing fiery sea and air attacks of determined Allied forces launched from aircraft carriers and warships.

On the Northeastern premonitory of this Island stands a 35 Mts. high cast iron lighthouse, jutting majestically amidst tall coconut trees, situated at 9 degrees 15 minutes, North of Equator. This is painted diagonally in bold red and white stripes to enhance its visibility for mariners navigating in the Andaman Sea.

Being of an immensely adventurous nature I decided to trek across this picturesque island right through its middle from North-East towards South-West. My friend tribal headman Captain Alfred of Arong village, which was our terminal point, provided logistic support for this exciting adventurous venture. He assigned a robust local Nicobar guide, who was well versed with topographical layout plus diverse flora and fauna of this magnificent coral Island.

One fine Sunday morning at about 8 , we hit the jungle near Chukchuka village (without wireless set, there were no cell phones in those good old days in 1983).

My backpack was equipped with a hunting knife, some eatables, water bottle, .22 Bruno rifle/ hornet bullets and a field binoculars. Frank, my versatile guide was armed with a jungle knife, powerful bow and half a dozen arrows, all locally made.

The general layout of the area came under classification of ”plain” tropical jungle.On account any defined path, our progress was slow, in a few places small knolls with sudden drops of 40/50 feet demanded a highly cautious approach.

There was a lush emerald carpet of greenery spread all around this scintillating layout. Besides mossed trees, tall grass, creepers and shrubbery appeared in abundance, occasionally we came across an isolated coconut tree.

Further ahead on a cluster of regal oscillating coconut trees a few wild pigeons were enjoying a ‘happy go lucky’ rockin roller coaster ride on its swinging and swaying branches. Aligning my rifle took a carefully calculated aim and fired a shot, which harmlessly zipped astray. Letting shot after shot yielding no results, the lethal bullets failing to strike the select target. The shrill sound of sharp blasts, simultaneously blending well with the strong whistling of the wild wind.

Viewing my dismal performance, Frank could not restrain his instinctive bearings.Instantly positioning his big bow releasing the power of pulled back string, instantly its recoil made the arrow surge ahead with a lightning speed, piercing the bird right through the neck. The second arrow released in quick succession flew within a split second of the first, ripping another bird neatly through the head.The pair dropped dead on the grassy ground with a heavy thud.

Just a few seconds earlier, both these majestic birds were enjoying a carefree sequential life, unaware of their deadly lurking fate? We dressed them, gathered a few dry twigs, kindled a small fire, roasted the fresh game meat, subsequently enjoyed this rare treat by sprinkling required salt and pepper.

Thereafter we came across an area with tall grass, a fruiting thicket of cashew nut plants with their branches caressed the bare nourishing earthly soil. A medium sized shining python was spotted enjoying a peaceful sound sleep under the cool shade of dense trees.

Suddenly across a flat stretch of open ground we spotted ruins of a Japanese anti-aircraft gun position, this curious scene instantly transported us back into the somber dreaded decades past scene of the Second Great War.

Stony gun position with crumbled Japanese guns jutting out of their turrets, rotting to unceremoniously mingle back within the elements of mother earth.

Just imagine these guns once must have formed a formidable invincible armor of the great Japanese military might? Operated by their zealous handlers soaked in true patriotic spirit they must have blazed a barrage of torrential rain of anti-aircraft projectiles at the low flying allied bombers.

The aspirations of proud egoistic Japanese rulers lay shattered to dust and their wholesome war machinery cut to an unprecedented size by the victorious Allied forces.

Walking through the uneven ground vigilantly we made slow progress across the jagged jungle, traversing the tricky terrain, inching towards our cherished target. In some places thick bushy undergrowth was complemented by entangled and intertwined creepers, restricting our movement.

Finally we could hear human voices, Frank informed us that we were still an hour and a half away from civilization.

Ultimately reaching the outskirts of Arong village nearing sunset, here tribesmen were engaged in feeding their pigs with coconuts.

Making our way to Captain Alfred’s house we felt a sense of euphoric joy on having successfully accomplished a well planned adventurous outing of traversing through an unexplored jungle. Chief Alfred offered us some coconut kernel, pineapples, tea and cookies, which we voraciously consumed.He disclosed that Frank, was champion marksman of their versatile Nicobar tribe, perfectly proficient in the field of archery.

I thanked both of them profusely for their all out help and support in successful completion of marvelous 17 KM trek, across the mixed bush in about seven and a half hours. This wonderful odyssey still remains as one of the unparalleled exciting experiences ever undertaken across the pristine terrain of an alluring Island of Car Nicobar.

Probably no wanderlust wayfarer, ever undertook such a magnificent trek across Car Nicobar Island, after the great defeat of proud Japanese warriors.

(Author is a former Deputy Commissioner of Delhi Police . Story is based on his real life experience of Nicobar Islands in 1983) 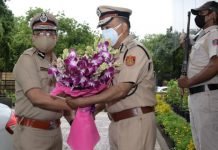 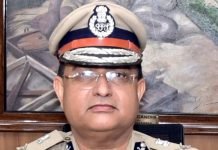 ABOUT US
Rakshak News (www.rakshaknews.in) is a first-of-its-kind platform dedicated to the people we all are always proud of. It talks about the Defence and the Armed forces, the Paramilitary and State Police departments and extends to anything and everything about them.
Contact us: info@rakshaknews.in
FOLLOW US
© 2017 - 2018 - Rakshak News. All RIghts Reserved.
MORE STORIES