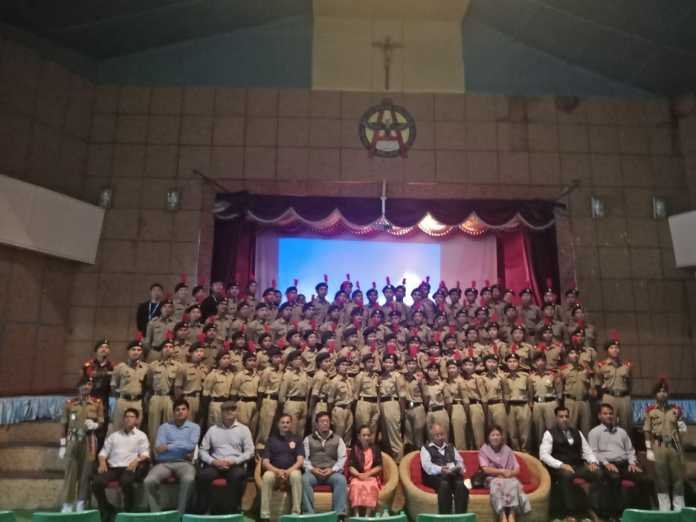 It was a tribute of different sort to Captain Clifford Nongrum Keishing by his batchmates, both serving and retired. Five Indian Army officers of SS64 ( NT) course decided to meet parents of their course mate Late Capt Clifford Nongrum Keishing in Shillong, with a purpose. Their purpose was to thank Clifford’s parents for the sacrifice done for the nation by Clifford and assure that Capt Clifford’s martydom would not go waste. Clifford was martyred in Kargil conflict when he was barely 24. Captain Clifford was part of Operation Vijay.

What did Lt Col Sandeep Ahlawat tell?
Lt Col Sandeep Ahlawat urged the students to strive for knowledge and character.He said there were ample opportunities for both boys and Girls in the Indian Army. He also mentioned the role played by Indian Army in nation-building. He said that Indian Army is the most respected organisation. Indian Army officers owe their allegiance to the Constitution of India.
This gesture of amry officers of course SS-64 (NT) of Officers Training Academy will certainly instil confidence among the youngsters that families of martyred soldiers are part of Indian Army. These will continue to be part of Indian Army family.