Home Military COVID-19 : do you know, who will be Super Hero?

Me and my husband were watching ‘Avengers-End Game’ with a lot of enthusiasm connecting with the memories of the prequel ‘Infinity War’, when I suddenly asked him…….How do these people have so vivid imagination of a fiction and rely on super powers rather on their Armed Forces. My hubby, being a fighter pilot, generally hates a conversation in between a flick or a news bulletin, said “these people do not have issues like the other world or they don’t consider them as great as SAVING THE WORLD for imminent danger like what we normally see in American movies.”

Not much time had elapsed when we really saw the whole world under immediate threat…..the COVID-19. Before we could realise or took it seriously, we were already under its clutches. The villain this time had no face, almost immortal, threatening everyone irrespective of cast, colour, creed, religion or country. It is the case of humanity under threat and we were needed to be those superheroes to save the mankind. There were no Super powers who could have come to our rescue because all of them are either fiction or locked down.

To some, the threat may not occur immediately or they will continue to remain
ignorant, but to realise it this has two phases of impact. Active where it is causing the toll on life and the Passive are its current and future impact on life. The duration is not known and neither is the extent of the catastrophic. The enemy is intangible but not invincible. Cleansing and physical distancing are the ways to prevent it or control it but our lives were caught unaware of its deadly outcomes.

Another issue which is becoming evident is the fact that of our resources being
inadequate for a whooping population of 1.37 Billion. So, who’s going to be our
Super hero this time? The answer is us…’ WE THE PEOPLE’ by being disciplined and following simple instructions like what our Armed Forces do. We can be super heroes by acknowledging the dangerous situation our medical staff are into and not to increase their agony by becoming another case.

The entire population are not being as fortunate as some of us. They live life on daily basis mostly unaware of tomorrow. As Indians and as a human being we must support all the mankind in any way we can. The help could be meagre amount or donating ration and clothes, providing shelters to them and keeping their lives close to stable. We must remember that this is a vicious circle, as for what we don’t do today will haunt us tomorrow both emotionally and physically. The resources are limited and are meant for people in need and not for situation arising out of our carelessness. It is the time we as human race rise as Super Powers to save the mankind and its existence.

(Note : Author of the article is wife of an Indian Air Force officer) 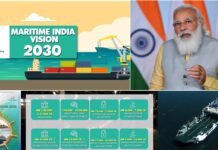 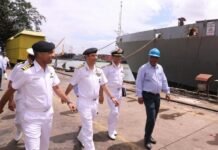 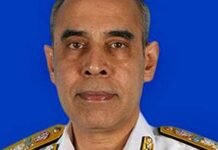