Making death a moment of pride is forte of few prolific mortals, H L Kapur certainly being one of them.

For first time met him at officers mess Kingsway Camp, which he visited for a informal acquaintanceship with Delhi police officers, a few days after assuming office in November 1985.

Soon after introduction, by commissioner Ved Marwah, he enthusiastically whisked me aside to enquire in detail about Nicobar islands, including legendry Captain Kutchet, who valiantly led these study tribesmen for over five decades.

At departure, a single well calculated tactical remark to Chief Of Police, “we need officers like Virk in traffic police…” worked wonders, catapulting me to a prestigious much sought after traffic police assignment.

Once being summoned to his office, his security sentinels wanted to strip-off my service weapon before permitting audience. My straight ‘bulls-eye’ questioning was, if they were not threat to his security, on what grounds they presumed me to be a potential threat? they had no answer. LG’s timely intervention settled this sensitive contentious issue by allowing entry with loaded .38″ Ruger revolver holstered firmly to my service belt, for all times to come.

On explaining that if a beginning is made from topmost manager, it ensures a smooth culmination of any vital undertaking. Quickly grasping these carefully worded words understood the underlined meaning, offering one of his signature smiles, highly appreciating our smart strategic move.

At time of road widening network in Gulabi Bagh area, including much needed Shakti Nagar underpass, he called DCP Neeraj Kumar and myself on location one Sunday morning. A litigation was in progress between DDA and civic authorities, this hampered implementation of this pilot project.

Without displaying qualms of conscience, being chairman DDA, he conveyed us in clear terms that legalities are a roadblock, these will not be allowed to impede progress. Granting us seven days deadline, notifying Municipal Corporation of Delhi / Public Works Department (MCD/PWD) representatives, that traffic police will handle DDA interference, even if it required use of force, directing them to proceed ahead undeterred. Coming week was overjoyed to survey wonderful transformation, ushering beginning of long standing crucial project.

Once on complaint of civic authorities pertaining non-compliance by traffic police regarding installing of diversionary boards in Kashmiri gate area, summoned all concerned at site. During inspection made sweating officials walk 2 Km on a sizzling hot summer’s day. On sighting the informative boards, while complementing our efforts, critically reprimanded the complainants. Further advising all sweltering and panting officials, to shed extra pounds of flesh, since life was a hard taskmaster, not a lasting smooth creamy affair.

Delhi traffic police faced serious problems regarding installation, upkeep and maintenance of traffic signals, being in jurisdictional domain of PWD. Public works department, fought tooth and nail to retain funding of traffic lights but LG torpedoed all their formidable missiles, ensured allocating these much needed funds to traffic police.

On chilly cold night of 25th of January 1988, he walked shoulder to shoulder along with us, from Red fort chowk to Ajmeri gate, reviewing security arrangements laid for Republic day parade. He cheered and motivated Delhi police personnel, assigned with this high responsibility crucial duty. Most likely he was first and the last Lieutenant Governor of Delhi displaying such exceptional devotional enthusiasm in motivating police personnel engaged in vital delicate security duties.

After retirement while working for Adharshila he visited my office a couple of times. I humbly pleaded with him that it was not necessary to come to my office personally, redressal of genuine grievance could have been resolved telephonically. He replied as a petitioner, courtesy demanded he must visit the office of concerned official, additionally he met an old friend.

I neither had an axe to grind nor curry any personal favors from Harkishan Lal Kapur, but merely maintain a cordial working relationship purely keeping in mind prime public interest. But interestingly our minds remained firmly tuned on same wavelength for all practical purposes.

It may not be an exaggeration in declaring that from Commissioner to Constable of Delhi police, everyone equally felt at ease in cordial amicable company of HL Kapur. I am sure all my colleagues in Delhi police would unhesitatingly vouch for it. Simply, alluring was his extra-ordinary personality in all respects.

(Note : Author of the article is retired Deputy Commissioner of Delhi Police) 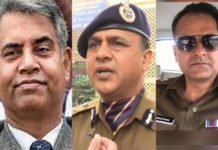 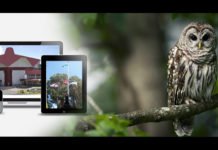 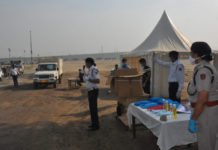