Home Police A story which reveals risk and desperation of stowaway

Incidents of stowaways were quite common among the maritime nations. “STOWAWAY” is a person, who hides aboard a ship or aeroplane in order to obtain free illegal transportation or elude his pursuers. Such a person can be a refugee, an asylum seeker, an illegal immigrant or simply a common criminal.

A “stowaway” is technically defined as a person who is secreted on a ship or in cargo, which is subsequently loaded on ship without consent of ship owner or master or any other responsible person and who is detected on board after ship has sailed and is declared as a stowaway by master to appropriate authorities.

One day a signal was received from Shipping Corporation of India (SCI) that a “stowaway” was detected on board a cargo vessel sailing in Bay of Bengal from Visakhapatnam bound for Singapore. Three options lay before Captain, either he could detour ship back to port of origin, or proceed ahead to port of call, where Singaporean law would have applied.

The wise gentleman chose third available option, as ship cruised through Indian waters in southeast Andaman Sea. Ship reached Car Nicobar, but due to lack of berthing facilities maneuvered in the sea, till arrival of Sub Inspector Bhola Singh Station House Officer (SHO) in a small powered boat, skipper handed him over the culprit along with a formal complaint for initiating legal action.

The person was lodged in police station lock-up, but we were totally blank about section of law under which stowaway was to be charged. On seeking advise from Police Head Quarters. Port Blair, a silly WT message arrived, “being a trained officer you should be aware about the law and the appropriate section”.

Being totally blank about maritime laws, this put me in a perplexing situation. Luckily on scanning the library of District Collector, stumbled upon Indian Merchant Shipping Act, discovering suitable section of law. Under this Captain’s complaint was sufficent for prosecuting the stowaway, requiring no other evidence or witness. This offense carried a maximum punishment of six months simple imprisonment.

Had I not been able to timely find this section of law, would have faced the music alone? A lackadaisical attitude of senior officers in such situations often leads to missing of trust, which can result into serious ramifications.

Stowaway Javed Ahmed, a resident of Andhra Pradesh, had his right hand missing. On questioning he disclosed while working in Saudi Arabia as a cook, his employers charged him for theft, law ordered for chopping of his hand. He voluntarily disclosed that in all “Sharia” controlled areas of Saudi Arabia, Nigeria, Somalia, Sudan, Yemen etc. right hand of persons was cut as punishment for theft. Repeat offenders could lose both hands. In some places legs were taken off for some other serious offences.

We were surprised at his desperation, that as a stowaway he wanted to try his luck afresh in greener pastures of Singapore. Lure of foreign lands has allured mankind since long, excitement of adventure, money, better living, power and fame has propelled man to undertake journeys amidst highly risky challenging conditions.

We all happen to be “helpless stowaways” marooned on this alluring planet known as earth, hazarding ourselves to reach the fabled land of our Supreme beloved, on board undependable ships in a illegal manner? If we are really determined on undertaking this odyssey in safe and sound condition, we must exclusively avail the services of, highly “reliable seaworthy ships”, that to in a purely legitimate manner.

(Author of the article is retired Deputy Commissioner of Police) 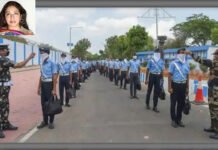 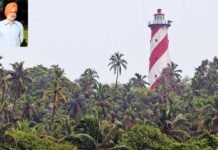