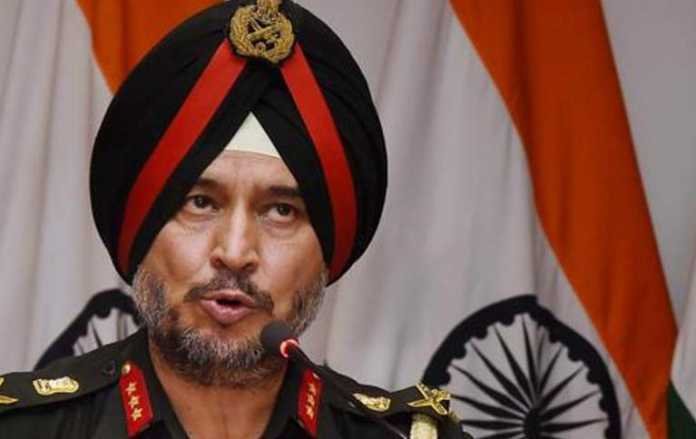 Lt.Gen. Ranbir Singh assumed the charge of the new Northern Army Commander on Friday. Singh took over the charge at a time when unilateral ceasefire against militants in Jammu & Kashmir during Ramazan is underway. Hence, the task will be difficult for Lt Gen Singh as he has to prove that he is best suited for this role.
Fifty eight year old Lt Gen Singh will be headquartered at Udhampur in Jammu and Kashmir. He has replaced Lt. Gen. Devraj Anbu who took over as the new Vice Chief of Army Staff.

Lt Gen Ranbir Singh’s background
Lt. Gen. Ranbir Singh shot into fame when he announced the September 2016 surgical strikes in Pakistan. In fact, he was the Director General Military Operations (DGMO) when surgical strike were carried out and he was the officer who briefed the media about the operations. The Indian Army commandos carried out the surgical strikes against insurgent camps in Myanmar in June 2015 and terror launch pads across the Line of Control (LoC) in Pakistan-administered Kashmir on September 29, 2016. In fact, he was asked by the government to address the media which was unsual. The responsibility to brief the media lies with Army’s spokesperson but in the unusual circumstances, the government directed the then DGMO to do the job.
Lt Gen Singh has also served as a Colonel and Brigadier in the military operations directorate that oversees and coordinates all operations and troop movements. An infantry soldier, Lt Gen Singh has a vast experience of carrying out counter insurgency operations.
Challenges before Lt Gen Singh
Lieutenant General Ranbir Singh is likely to have a bumpy ride amidst steady cross border infiltration and unrest in the valley.

Northern Command
The Northern Command consists of three Corps, the XIV, XV, and XVI deployed along the line of control and holds extreme importance because of the J&K and Ladakh region. The Northern command is crucial as it has experienced a number of high and low intensity operations. The role of Northern Command in countering the most serious challenges like terrorism and proxy war in J&K has been very crucial.