The Defence Ministry of India has set up an institutional mechanism consisting of an Apex committee , with Defence Secretary as Chairman , to conduct a Performance and Efficiency Audit into various aspects of its activities. This kind of audit is expected to provide valuable inputs to the top management of the Ministry of specific shortcomings, if any, in planning and execution of projects, and suggest systemic improvements in internal controls, soundness of financial procedures, identification of risk factors, etc. It is a major shift from the existing transaction-based compliance audit to carry out an outcome-based Performance/ Efficiency Audit aimed at enhancing overall efficiency.

According to a press release, members of the committee include Vice Chiefs of the three services, Secretary of Defence (Finance), Chief of Integrated Staff Committee (CISC), Controller General of Defence Accounts (CGDA), Director General (Acquisition) and other senior officials of Ministry of Defence and Defence Research and Development Organisation (DRDO).

” The committee chaired by the Defence Secretary will identify specific areas for the conduct of performance and audit by CGDA and monitor performance audit reports and action taken thereon. It also shall advise the defence minister on remedial measures to be adopted as well as measures for overall improvement in strengthening of internal oversight and Risk Management Framework”, said a release. 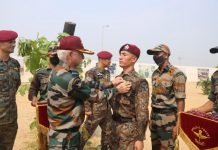 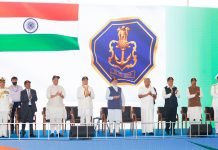 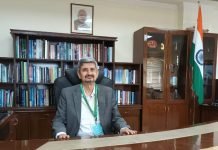