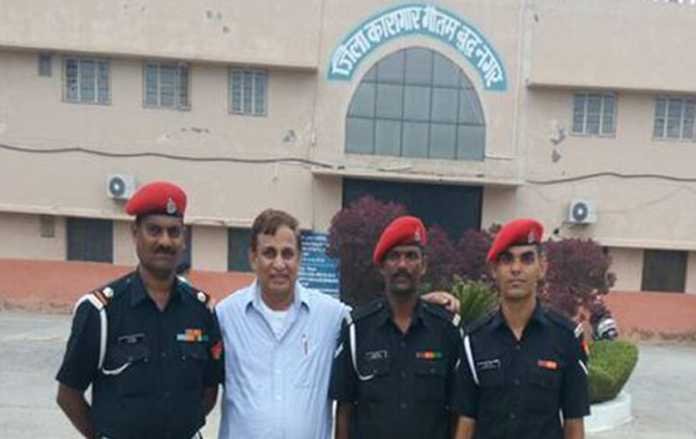 The high profile case pertaining to retired Army officer from Uttar Pradesh’s high profile Noida city and additional district magistrate ( ADM) over illegal construction in latter’s house and related developments in the last few days, is an eye-opener for all. Retired Colonel VPS Chauhan who had been arrested on the complaint of the wife of an additional district magistrate (ADM) that she was molested and hurled caste-based abuses in Sector 29 , was granted bail by a Court on Monday. The Court granted bail after hearing the case on charges registered against him under the Scheduled Castes and Tribes( Prevention of Atrocities) Act. The bail was granted a day after the police arrested two persons, including the ADM’s gunner and an aide, on charges of assaulting and attempting to murder the ex-army man.

The case caught the attention of residents of Noida because of the fact that the ADM, has a clout in the Noida Administration due to which the officials were believed to be reluctant in taking action against the ADM. Colonel VPS Chauhan has been a victim of high handedness of local police under the influence of ADM. Perturbed by the lack of sensitivity of both the police and Noida authority ex armymen of the area came in his support and launched a campaign. Many supporters of army used social media to muster support for Colonel Chauhan and even military police came in support of the retired Army officer and helped him get bail from the court.

Cause of conflict between Colonel Chauhan and ADM

Chauhan and ADM’s family are in the same building of Sector 29. Chauhan lives on the ground floor while the ADM’s family lives on the third floor of a building. In a complaint to the police, Chauhan stated that the ADM was getting some construction done to convert his car garage, near his (Chauhan’s) house, into a guest house. According to Chauhan, it was illegal and not permitted by the Noida Authority. Hence, he had raised objection against it because it was also obstructing the passage, sunlight and air flow into his house. That was certainly not liked by the ADM and his family.

Chauhan was arrested on the morning on August 14 from a park near his home in Sector 29 following a spat between the two sides over alleged illegal construction by the ADM’s family.But he was accused of molestation and hurling caste-based abuses by the ADM’s wife. She had then called up police, which arrived at the spot and arrested Chauhan. Chauhan, who has served in the elite 1 Parachute Regiment (Special Forces) while ADM had previously served in the Noida authority. Chauhan alleged that the ADM had used his influence to get his complaint overlooked.

However, he wrote a complaint to the police from jail. In his complaint he stated that while he was sitting in the park waiting for a taxi to go to railway station, ADM arrived with his family and gunners. ADM’s wife started hurling abuses at me and soon all the men started punching him on the chest and kicked him. Incidently, the CCTV camera installed near the park recorded everything. Chauhan further alleged that the woman soon called up the emergency police who arrived at the spot and arrested him on false charges of molestation made by her and under the ADM’s pressure. The footage of the closed-circuit television camera installed in the park showed that Chauhan was being assaulted by the seven persons. Embarassed by the action of the ADM and his gunners, District Magistrate Brajesh Narayan Singh took serious note of the video and instructed the police to file an FIR against the ADM and others involved in the matter. Seven persons including the ADM, his wife and son, were book for attempt to murder and other relevant sections of assault. One of the ADM’s gunners Rahul Nagar (28) and his household help Jitendra Awasthi (26) have been arrested. But ADM has gone underground.

Col Chauhan has thanked the entire army fraternity and felt deep gratitude for all the support and hoped to repay some day. He said he would now like to hit back and will escalate the fight The absconding ADM has reportedly applied for anticipatory bail in Allahabad High Court .