In the 50 years since its inception on October 28, 1970, The Air Force Wives Welfare Association (AFWWA) has helped the poor and needy, senior citizens, physically challenged children and orphans.

Formed as a registered body to assist families of deceased, disabled, retired, serving personnel of the Indian Air Force (IAF), the AFWWA has extended its scope of work considerably, especially during natural calamities and the ongoing pandemic.

The AFWWA has assisted the government in national welfare projects and adult literacy. The organisation, currently headed by Asha Bhadauria, wife of the Air Chief Marshal RKS Bhadauria, has also adopted villages around IAF force bases lacking basic amenities with the help of its 2,35,000 Sanginis. The
organisation, which started with seven members, also organises health camps with the help of specialists from the IAF and civil hospitals for the sick.

A few months after Mrs Bhadauria took charge as AFWWA president, Covid-19 hit India. As AFWWA chief, she guided the Association through the challenging phase in contributing to the relief efforts. The Sanginis made masks in bulk and distributed them among frontline workers, donated food and essential items of daily use to migrant labourers and helped people affected by illness or loss of their families.

While the Indian Air Force supplied oxygen cylinders and vital medical supplies during the pandemic, the AFWWA’s Jamnagar unit distributed 500 packets of ration and other essential items at Bombay Drug Bazar and Babri Aawas in June. The Sanginis of AFWWA Gandhinagar also distributed 500 ration packets in several areas, including, GEB Thapra, HIB School and orphanage and two old age homes.

In February, the Tezpur unit of AFWWA organised a relief camp for the pandemic-hit poor people of the areas under the East Sonitpur Division, Biswanath district. The Association donated ration packets containing rice, lentils, flour and mustard oil to the forest administration that were distributed among the villagers. The AFWWA also contributes to rescue and relief operations during natural calamities, like floods. In August 2018, a convoy
of trucks containing 1,800 packets of toiletries, towels, bed sheets, matchboxes and other items of daily use was flagged off from the Shangumugham Air Force Station, Kerala, for the flood-hit people.

The AFWWA and its regional unit had collected around Rs 9 lakh to purchase the relief material. In August 2019, the Digaru Air Force Station, under the aegis of the regional AFWWA, organised a medical relief camp for around 250 flood-hit villagers of Jarikuchi.

The Sanginis and volunteers educated the villagers on hygiene and sanitation.
What makes the AFWWA unique is that it’s not merely an organisation for interaction and entertainment for the wives of IAF personnel. It’s increasing role in social service, assistance to the government’s relief work during natural calamities and outbreak of diseases and helping the poor and needy are widely known. While their husbands serve the nation in their unique way, the Sanginis contribute to society by pooling in their resources and efforts and assisting in nation building. 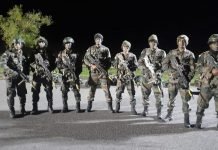 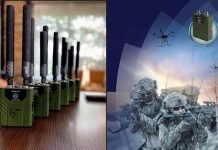 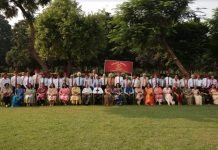