Director General of CRPF Dr A P Maheshwari, drew the attention of Sh. Shah to the fact that even when he was planting the sapling, the CAPFs together had achieved a milestone in planting an impressive 10 lakh saplings all across the country on a single day today. This drive is a mammoth task of planting 1.37 crore saplings across the country. Dr. Maheshwari said that the CAPFs have succeeded in enlisting the faith of the countrymen as Nature Warriors and Covid Warriors besides looking after their safety and security.

CRPF DG Dr. Maheshwari enumerated a number of benefits of trees saying ” When we plant a tree, we in fact building up mighty arms to hold together the mother earth, we build up the very basis of human sensitivities, we build up mighty poles to hold aloft our tricolour and we build up boundless honour for the motherland.”

“CRPF, the largest paramilitary force of the country with a strength of 3.25 lakh personnel is joined in this noble social venture by the family members of the Force personnel swelling the number of active participants in the drive to about 12 lakhs”, said a press release. 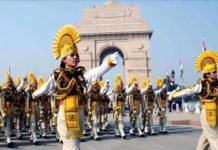 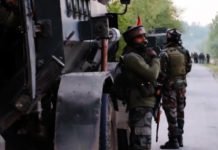