Removed from the Director’s post in Central Bureau of Investigation (CBI) senior Indian Police Service officer Alok Verma has refused to take new assignment . He was transferred as Director General, Fire Services, Civil Defence and Home Guards. Alok Verma has asked that he be deemed as superannuated with effect from today.

‘Natural justice was scuttled and the entire process was turned upside down in ensuring that the undersigned is removed from the post of the Director,’ annoyed Alok Verma said in his letter to C. Chandramouli , Secretary, Department of Personnel and Training.

Vide order dated 10th of January 2019, the undersigned has been posted as the Director General, Fire Services, Civil Defence and Home Guards and transferred out of the Central Bureau of Investigation.

1. The Selection Committee has not provided the undersigned an opportunity to explain the details as recorded by the CVC before arriving at the decision. Natural justice was scuttled and the entire process was turned upside down in ensuring that the undersigned is removed from the post of the Director CBI. The Selection Committee did not consider the fact that the entire CVC report is premised on charges alluded by a complainant who is presently under investigation by the CBI. It may be noted that the CVC only forwarded a purportedly signed statement of the complainant, and the complainant never came before Hon’ble Justice (Retd.) A.K. Patnaik (supervising the enquiry). Also, Justice Patnaik has concluded that the findings/ conclusions of the report are not his.

2. Institutions are one of the strongest and most visible symbols of our democracy and it is no exaggeration that the CBI is one of the most important organisations in India today. The decision made yesterday will not just be a reflection on my functioning but will become a testimony on how the CBI as an institution will be treated by any government through the CVC, who is appointed by majority members of the ruling government. This is a moment for collective introspection, to state the least.

3. As a career bureaucrat, it is the idea of my integrity that has been the driving force for four decades in public service. I have served the Indian Police Service with an unblemished record and have headed police forces in Andaman & Nicobar Islands, Puducherry, Mizoram, Delhi and also headed two organisations Delhi Prisons and the CBI. I have been lucky to have received the invaluable support from the forces that I have headed, which resulted in outstanding achievements having a direct bearing on the performance of the force and their welfare. I would like to thank the Indian Police Service and especially the organisations that I have served.

4. Also, it may be noted that the undersigned would have already superannuated as on July 31, 2017 and was only serving the Government as Director. CBI till January 31 2019, as the same was a fixed tenure role. The undersigned is no longer Director, CBI and has already crossed his superannuation age for DG Fire Services, Civil Defence & Home Guards. Accordingly, the undersigned may be deemed as superannuated with effect from today. 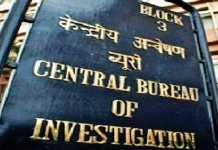 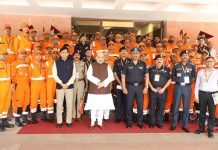