Shri Rai said that that sports has a special significance for the police forces. Because sports and games inculcate values like discipline and dedication to duty. Echoing the vision of the Prime Minister and the Union Home Minister on the ambitious Khelo India programme, Shri Rai said that sports adds to the unity of the nation besides contributing to the health and fitness of the participants. He expressed the desire that such events should be organized at every level so that sporting talents can hone their skills.

Director General of CRPF Surjit Singh Deswal welcomed the guests and participants. Shri Deswal said that it is a great honour for the force to organize this event for the first time. Shri Deswal has been given additional charge of CRPF after the retirement of its DG Rajiv Rai Bhatnagar on 30th December. Shri Deswal is Director General of Indo Tibet Burma Police. Appreciating the illustrious history of CRPF in the arena of sports, Shri Deswal recalled how a number of force personnel have brought laurels to the country and also to the force from national as well as international sporting meets.

According to a press release , 4th All India Police Judo Cluster Championship organized this year by CRPF is being attended by 34 participating teams consisting of 1207 sports persons from across the country. A total of 15 Trophies and 214 Medals besides 1 Medal for the Best Gymnast are up for grab by the competing teams and sports persons. Earlier, this cluster has been organized by Sashtra Seema Bal in 2016, West Bengal Police in 2017 and Odisha Police in 2018.

CRPF is the lead Force for maintenance of internal security and Law & Order in the country, enjoys a rich tradition of valour and sacrifice has also made remarkable achievements in the field of sports and games. The Force has till date been awarded Two Padmashri, One Rajiv Gandhi Khel Ratna and as many as 16 Arjuna awards. Apart from this, the CRPF has also won many other awards and accolades in different sports and games competitions. The first Arjuna awardee from the Force was the legendary athlete Gurbachan Singh Randhawa who retired from CRPF in 1961.

Ms. Kunjurani devi of CRPF has the unique distinction of being awarded Padmashri, Rajiv Gandhi Khel Ratna and Arjuna award for her performance in the field of weightlifting.

The five days sporting event will draw to a close on the 7 January. Union Minister of state for Youth Affairs and Sports and Minister of State for Minority Affairs Kiren Rijiju is expected to be the Chief Guest of the closing ceremony. 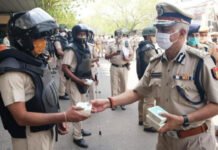 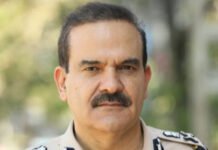 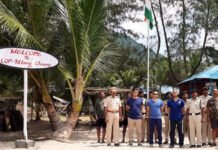