It may be recalled that in order to recognise the excellent work done by individuals and institutions in India in the field of disaster management, Government has instituted an annual award known as Subhash Chandra Bose Aapda Prabandhan Puraskar. The award is announced every year on 23rd January, the birth anniversary of Netaji Subhash Chandra Bose. For the year 2019, 8th Battalion of the National Disaster Response Force (NDRF) , had been selected for the award for its commendable work in disaster management.

Disaster Mitigation and Management Centre (DMMC), Uttarakhand discharges the functions of State Disaster Management Authority under the Government of Uttarakhand. Since its establishment in 2006, it has coordinated various post disaster functions relating to coordination, requisition, information exchange and media briefing, including those after 2010, 2012 and 2013 major disaster incidences. DMMC has been organizing mock exercises at state, district and tehsil level with the support of NDMA and has trained State Government officials in Incident Response System (IRS) and organized incidence response trainings (IRTs) till tehsil level. DMMC ensures interaction with various scientific and academic institutions working in the field of DRR in the country for dissemination of emerging technologies and techniques amongst State Government departments through workshops.

The DMMC has extended research facilities to students and has published more than 50 papers in peer reviewed scientific journals. It has developed rich audio-visual and print IEC material that is one of the best in the country, particularly in Hindi and includes a Censor Board certified popular film ‘THE SILENT HEROES’ that was released on 11th December, 2015 in more than 200 theatres of 100 cities across India. This film highlights the importance of preparation and capacity building and carries the message of social inclusion. The work done by DMMC is innovative and original and ranges from pre-disaster preparation and capacity building to post-disaster response and rehabilitation.

Kumar Munnan Singh was appointed as a founder Member of the National Disaster Management Authority in 2005 following his commendable work during 2004 Indian Ocean Tsunami. In NDMA, Shri Singh envisioned and had taken painstaking efforts to establish, one of its kind specialist response force, the ‘National Disaster Response Force’ from scratch to today’s strong force of 14,000 personnel comprising of 12 battalions. Under the superintendence and directions of Shri Singh, NDRF delivered commendable response in its nascent phase itself during devastating Kosi floods in 2008.

Shri Singh also propounded and implemented the concept of Community Capacity Building by the NDRF as a force multiplier and as a result NDRF so far has trained around 60 lakh people who are the first responders amongst their community. Considering wide gap in the Indian disaster management framework, Shri Singh formulated the concept and curriculum for training of response forces and veterinarians for management of livestock during disasters. With comprehensive training and techniques, response forces have been able to timely evacuate and protect livestock during a disaster. Protection of animals during disasters is directly related to livelihood issue of rural population. It is hoped that this initiative of Kumar Munnan Singh will have a significant and positive impact on livelihood sustainability of rural population in areas vulnerable to perennial floods and cyclones. 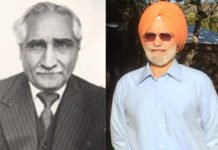