Haryana Police Director General  Prashanta Kumar Agrawal visited Police Academy in  Madhuban , Karnal on Tuesday. This was his first visit after assuming the charge of  DGP Haryana on August 16th 2021.

An officer of the Indian Police Service 1988 batch , IPS Prashanta Kumar Agrawal took charge of the Haryana Police after his batch IPS Manoj Yadava left the State Police , as the later wanted to join Central Government service on  deputation.

Haryana DGP Prashanta Kumar Agrawal , during interaction with the officers,  also guided the officers about  upgrading the training facilities in the academy. 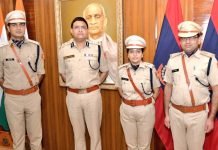 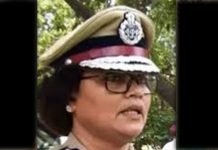 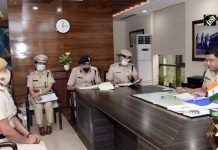