The appointment committee of the cabinet (ACC) issued the order of appointment of both the officers late evening on Saturday.

Ashish Dayal, an IPS officer of Manipur cadre, is currently posted as Special Director in the Intelligence Bureau.

The Top post of the CRPF was vacated with the superannuation of Kuldeep Singh, a 1986 batch IPS officer, who was the chief of India’s largest Central Armed Police Force. IPS Kuldeep Singh was tjhe DG till September 30 , 2022.

The post of ITBP chief was vacated with the transfer of 1988 batch IPS Sanjay Arora who took charge as Police Commissioner of Delhi. DG ITBP was being looked after by Sh. Thaosen.

Born in Haflong in Assam , now 59 year old Thaosen, holds a PhD degree from Ujjain University of Madhya Pradesh. Apart from home cadre Sh Thaosen has served in different forces like the Special Protection Group (SPG) which is responsible for the security of the Prime Minister of India. He also served in the Border Security Force (BSF), the largest border management agency, and also with the United Nations as part of the international Police Task Force (IPTF). 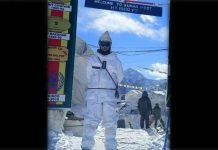 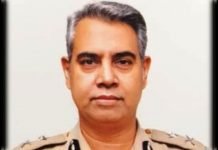 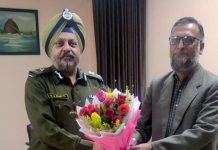